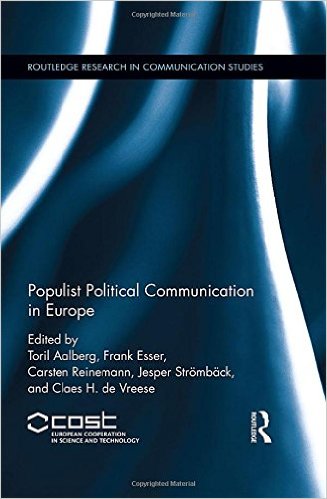 In an increasing number of countries around the world, populist leaders, political parties and movements have gained prominence and influence, either by electoral successes on their own or by influencing other political parties and the national political discourse. While it is widely acknowledged that the media and the role of communication more broadly are key to understanding the rise and success of populist leaders, parties and movements, there is however very little research on populist political communication, at least in the English-speaking research literature.

Originating from a research project funded by the European Cooperation in the field of Scientific and Technical Research (COST), this book seeks to advance this research. It includes examinations 24 European countries, and focuses on three areas within the context of populism and populist political communication: populist actors as communicators, the media and populism and citizens and populism.