A Day in the Life of an Ambassador Lars-Gunnar Wigemark 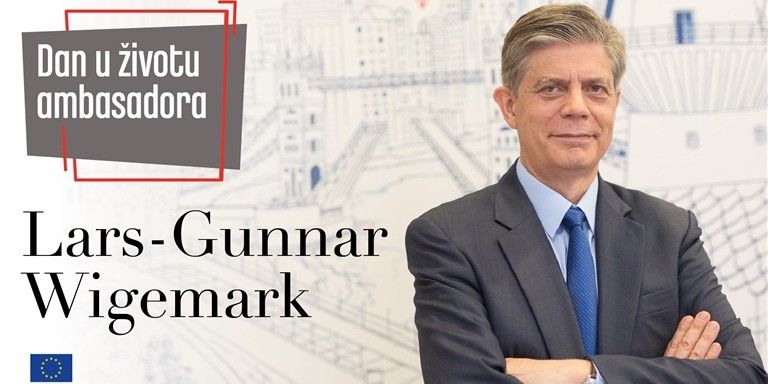 As an Ambassador of the European Union, Head of the Delegation and Special Representative to Bosnia and Herzegovina, no two days are the same for Ambassador Lars-Gunnar Wigemark, who feels comfortable in his “double-hatted” role. His 35 year long career in diplomacy and working both for the European Union and Sweden across three continents prepared him for a challenging and inspiring posting in Bosnia and Herzegovina. Having travelled across Bosnia and Herzegovina, visiting almost every corner of the country, the Ambassador takes pride in having talked to people from all walks of life, listening to ordinary citizens’ needs and concerns, and developing partnerships at all levels.

My typical day starts with morning meetings with colleagues from different sections of the EU Office, which actually houses two offices under one roof, the Delegation of the European Union and the EUSR Office. The Delegation coordinates assistance such as IPA programmes, with a substantial annual budget of 70 to 80 million euros for direct assistance. Both the EUD and EUSR offices are coordinating and facilitating the accession process, we have over 150 employees in several different sections, such as the Operations, Contracts and Finance , Political, Rule of Law and our Legal office, and of course we are supported by our administrative staff including the secretariats, drivers and security.

The European Union is the largest international donor to BiH and we cooperate with different international partners and our Member States through whom we provide funding and assistance. Today, I will meet with colleagues from the United Nations for example. This afternoon, I will discuss a project about participatory democracy, through which we want to encourage exchange of experiences and knowledge and provide training on political participation in a European manner. In Bosnia and Herzegovina, there is a gap between the people and politicians, not enough dialogue is taking place, except before elections, and through this and similar engagements we are trying to improve dialogue between authorities and citizens.

This is one of the most important elements of EU integration. Unfortunatelly, civil society is still not strong enough in BiH to push authorities to undertake the change necessary to transform the country.

The EU Office works a lot with media across the country. One of our main concerns is media freedom and independence, which we support through numerous projects and activities. Guaranteed freedom of expression and of the media and the protection of journalists have been recognised as priorities in the Commission’s Opinion on BiH’s EU membership application. Through cooperation with the media we want to spread our messages and support a dialogue on EU-related matters, including topics from agriculture to the environment, energy, digitalization and media. This is one of the reasons I travel a lot and try to meet as many people as possible to directly discuss issues with them, not just talk with the political leaders. I have visited more than half of the 142 municipalities in BiH.

As part of our campaign ‘PrEUzmi Initicijavu’ we have been traveling across the country for the last two months, visiting local communities, talking to people and trying to explain that they shouldn’t wait for someone else to take the initiative. As with everything else in life, if you don’t take the initiative, if you don’t talk to people, then nothing will happen, you will be isolated. Today has been a pretty typical day, with more internal meetings and discussions with programme managers and colleagues about particular projects and initiatives.  It is often difficult for me to find the time to just sit at my desk, check emails and make phone calls. It is a very intensive but rewarding lifestyle.

I have two very long titles and it was not clear to me what this really meant when I first arrived to BiH over four years ago. However, this “double-hatting” is a major advantage because I have access to additional resources that countries with just EUSR or a EUD do not have. I have a large political office in the EUSR, with regional offices in Banja Luka, Brčko and Mostar. My legal team provides me with advice over often disputed legal issues in the county. Sometimes, I see my EUSR role, my ‘other hat’, as a turbo engine that I can turn on, which gives the EU an extra push, enabling me to take things into a fifth or sixth gear, which would be very difficult without them. I was the Head of the EU Delegation in Pakistan for four years and had a smaller political team. Although Bosnia and Herzegovina is a much smaller country, I have over 30 people working in my political team and even if people say that this country is complicated, Pakistan is as well – with over 200 million citizens, nuclear weapons, and difficult security and development issues. The scale of our presence is an indication of the importance the European Union attaches to Bosnia and Herzegovina.

The job of an Ambassador of the European Union to Bosnia and Herzegovina is quite unique. While one person cannot be expected to follow everything, the Ambassador relies on his staff to provide him with inputs of the extensive engagement and numerous EU-funded projects across the country. During his mandate, Bosnia and Herzegovina has achieved significant milestones in its path towards membership of the Union.

My proudest accomplishment is that I and many others have been actively involved in getting the country back on the EU integration track, although for the moment things are again slowing down due to the lack of governmental formation. However, over the last four years that I have been in BiH, I have seen that the EU integration process is subject to ups and downs, often having little or nothing to do with the EU itself. It is mostly due to local politics.

Every six months or so, there have been obstacles or roadblocks and on several occasions I have been involved in removing them, sometimes I have steered around them and sometimes they have eventually disappeared and it turned out that those blockages were not substantial in the first place, just routine political disagreements over certain issues. From the Stabilization and Association Agreement entering into force in 2015, after being suspended for seven years, to the submitting of the membership application, answering the Questionnaire and the recent publishing of the Opinion, we have worked very intensively on all of these things, together with our partners in the international community and local governments. Of course, you can always say that more could have been done, that the situation hasn’t changed enough during this period. But, I must say that my main contribution has been to bring some of your political leaders together, have them sit down, and talk and agree on certain things so that we are able to move on to the next stage. I think I have personally had a concrete role in all of this, and though I cannot take credit for all of it, I do continuously communicate with everyone, not just the political leaders, and have been involved in every aspect of the integration process.

Bosnia and Herzegovina has many friends in the European Union who have been helping the country and supporting its accession process. With a good understanding of what needs to be done, not just of EU standards, but of the reforms required to take the country to the next level, Bosnia and Herzegovina can move forward towards being a modern country. The support provided by the European Union relies on local partners and people willing to engage and make changes, and the Ambassador believes that young people are ready to take the initiative.

The EU has come closer, has become more tangible to people, and, at the same time, with the Commission’s Opinion, people are starting to realise how it is not just about adopting a few laws, or changing some paragraphs in the Constitution, but is in fact a full-scale transformation of the society that will affect people’s daily lives – shifting away from widespread corruption and paying for certain things you shouldn’t be paying for, while strengthening of judiciary so citizens can rely on courts and prosecutors to do their jobs. Also, we wish to see better education for young people so they have access to opportunities leading to a decent job and income. These things will happen, gradually, “korak po korak”.

During his extensive travels across the country, the Ambassador has noticed a change in perceptions and engagement of citizens, outside of the cluster of the cities. Numerous successful businesses, whether supported by the European Union or not, are working hard to compete with EU-based companies, to export to the EU market and be competitive due to good quality products and hard work.

I would describe this country as beautiful, intriguing and inspiring. The nature and the people are beautiful of course, but the country itself is very intriguing for me. Things are not always what they seem and in order to understand the reality and not jump to conclusions, you need to understand where everyone is coming from. In order to achieve reconciliation and foster understanding, which I think most of people are ready for, we should avoid preconceived ideas and stereotypes about this country and its diversity. My experience in Bosnia and Herzegovina has also been inspiring, in the sense that people are listening and paying respect. We try to engage with them as much as possible and explain how without them taking the initiative things cannot be resolved. We want to help the entire country, understand issues from all different sides, form our opinions and find viable solutions. This is not an easy task, but I remain optimistic about the future of BiH and look forward to returning. 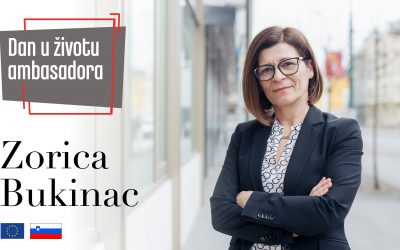 A Day in the Life of an Ambassador Zorica Bukinac 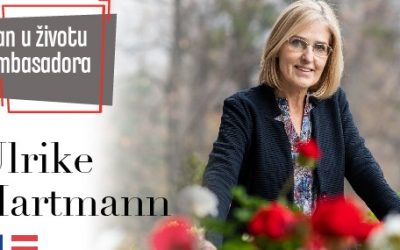 A Day in the Life of an Ambassador Ulrike Hartmann 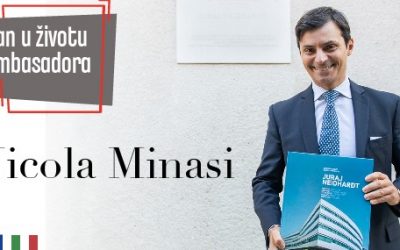 A Day in the Life of an Ambassador Nicola Minasi