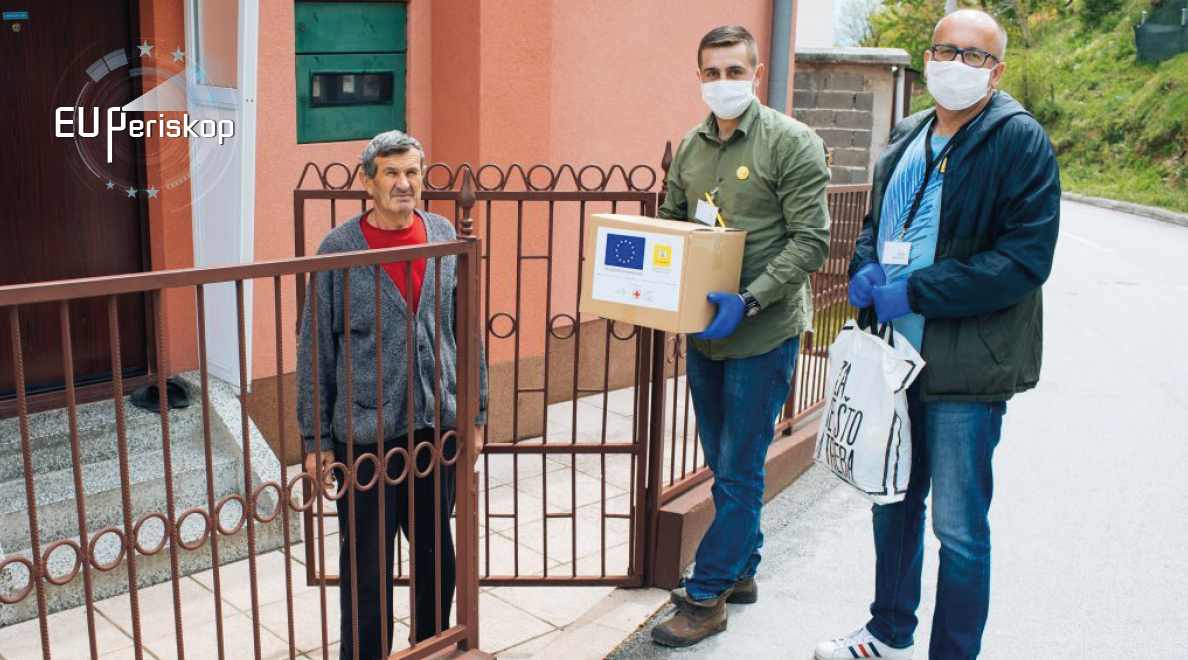 Do we think enough about the quality of life of the elderly? How do seniors spend their days, to which degree are they equally represented in society and which opportunities are available to them? Responding to this and providing a structured approach to solving this challenge, the European Union helped implement a project that sought […]


Do we think enough about the quality of life of the elderly? How do seniors spend their days, to which degree are they equally represented in society and which opportunities are available to them? Responding to this and providing a structured approach to solving this challenge, the European Union helped implement a project that sought to make citizens aware that the rights and position of the elderly today are our rights tomorrow, thereby once again responding to the needs of citizens and society.

Recognising an increase in discrimination against older citizens, the project “Action against age discrimination” aimed to improve human rights and the quality of life of the elderly in BiH. Bosnia and Herzegovina is no exception when it comes to increasing age discrimination, which, unlike some other types of discrimination, is even more specific because it is tacitly socially acceptable in most world societies. Bearing in mind the growing proportion of elderly citizens in Bosnia and Herzegovina and the mostly poor social and economic conditions in which they live, the project defined clear and concrete goals, the realisation of which should improve the position of elderly citizens in BiH society.

Azema Avdusinović, from the organization “Hilfswerk”, a key partner in the project, notes that significant progress has been made but that the implementation and monitoring of the proposed measures is a task for the whole society, from institutions to individuals: “The most significant results of the project were achieved through a working group formed by representatives of institutions who, through their work on the basis of the Study on the Situation of the Elderly in BiH (created within the project), made an analysis and recommendations addressed to lawmakers, who should implement the already pre-existing laws.”

Bosnia and Herzegovina has laws that to some degree regulate the position and rights of the elderly but the problem is that many of these laws are being violated and not enforced. The permanent result of the project is an analysis of the social position, access to rights and the overall living conditions of elderly citizens in Bosnia and Herzegovina, delivered to the competent institutions.

A significant contribution has also been made in promoting the active participation of older people in local communities and the use of resources that older people have. “These shifts are the result of joint work and sessions of volunteers who are encouraged to be active in their communities, to act through their associations and to ask local communities to adopt action plans that will be able to support the strategy on the position of the elderly,” Avdusinović observed.

Thanks to the project activities, trainings were held for 168 volunteers working with the elderly in Banja Luka, Mostar and Brčko District, manuals were developed and interactive workshops with the elderly were held. All activities were implemented with the aim of better care for this population and strengthening of self-confidence and enabling activities for their active participation in society.

Unable to complete all planned activities, project funds were used to care for the most vulnerable groups during the pandemic. The most vulnerable residents of Sarajevo, Mostar, Banja Luka and Brcko were given 300 packages of food and hygiene items with the help of volunteers and representatives of the EU Office in Bosnia and Herzegovina.

The funds of the project, in the amount of 15,000 euros, were redirected to the most vulnerable in order to facilitate improvement to their daily lives. Packages with food and hygiene products were delivered to the users’ homes, and sets of materials for work were delivered to members of the Center for Healthy Aging who performed activities in their homes due to limited mobility.

The project “Action against age discrimination” was funded by the European Union in the amount of more than 150,000 euros, and was implemented by Hilfswerk International with the Public Health Partnership, the BiH Red Cross and the Association for Aid and Development HAJDE.