​For more than 20 years, the EU has been Bosnia and Herzegovina’s most important financial partner, and the amount invested so far is measured in billions of Euros.

At donor conferences during the immediate post-war period, focused on the reconstruction of B&H, the EU was the second largest donor in terms of the amount of approved funds, after the United States.

As a result of this EU funding, thousands of houses and apartments were reconstructed, as well as a large number of schools, kindergartens, and infrastructure and other facilities that made a return to normal life possible.

This trend has continued well after the physical reconstruction of B&H was completed. EU funding supports a large number of projects, and indeed there is no activity area that the EU has not supported through at least one of its many funds. Currently, the largest EU investment in B&H comes from IPA funding, the objective of which is to strengthen institutions, in order for them to be able to function according to those European standards and rules that are in place in EU member states.

Of course, there are numerous other funds, such as Erasmus + that enables young people from B&H to educate themselves and gain practical experience in EU member states.
Donations and funds are not the only form of EU financial assistance to B&H. Thanks to favourable loans from the European Bank for Reconstruction and Development (EBRD) and the European Investment Bank (EIB), numerous infrastructure facilities, such as railways, power lines, water supply networks, and local and regional roads have been constructed. These banks are best known to the wider B&H public as the main financial partners in the construction of the VC Corridor highway. Thanks to loans from these two institutions, almost 100 kilometres of this highway has so far been built, representing the most important transportation link in B&H.

Katarina Dragičević (18) cooked her first pot of stew today, completely on her own, and with a big smile on her face. Unlike this time last year, when she was a graduate of tourism school and facing an uncertain future, she is now more than satisfied with her first ever permanent job.

“I was so afraid of what was to come, ” she remarks. “Although I completed my education, I was not sure I would be able to work as a professional chef with the knowledge I had gained. However, thanks to the Training and Retraining Center in Čapljina, I learned far more in a few months than during three years of schooling.”

Lidija Dadić (44), a mother of three girls, had been unemployed since 2004. She says she applied for the training as soon as she heard about it.

“Today, no one wants to hire a person my age. Everyone is looking for previous experience, and when I would tell them how long I had been unemployed the story would end there. I am very glad that such a project has emerged, because without it, and if I had to pay for it myself, I simply would not have a job today,” Lidija says, while preparing meals for guests of the restaurant in which she is now permanently employed.

Katarina and Lidija are part of the project “Support to Local Partnerships for Employment in Bosnia and Herzegovina”, funded by the European Union and implemented by the International Labor Organization. Through 5 training cycles, 150 participants will be provided an opportunity through theoretical and practical training to acquire the skills needed by cooks and waiters in today’s job market, and at least 70 of them will gain permanent employment.

The target group of the project consists of unemployed persons with high school qualifications, young people up to 30 years of age, women, persons over 45, and socially vulnerable groups. The training session for a chef lasts for 60 days, a total of 350 hours of theoretical teaching and practical training, while the length of training for waiters is 45 days, or 250 hours of theoretical instruction and practical training.

Chefs, waiters, bartenders and confectioners are the most in demand labour force in Herzegovina. Tourism is on the increase but owners of new and existing facilities are faced with a scarcity of the quality staff needed to provide a high level of service.

The “Establishment of the Training and Re-training Center Čapljina” is implemented by the Association for Regional Development, REDAH, as the lead partner, in cooperation with the following partners: the HNK Employment Service, Čapljina Municipality, Čapljina Secondary School, Bizz Solutions d.o.o. Čapljina, the Tourist Cluster of Herzegovina, and the Tourist Board of HNK. 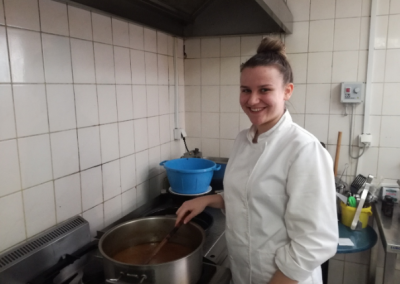 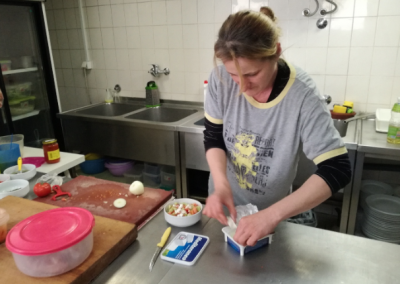 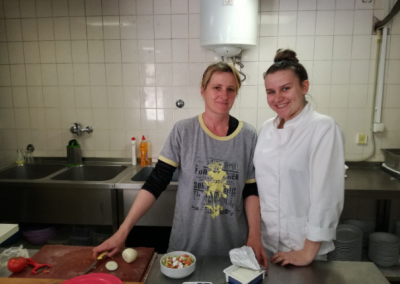 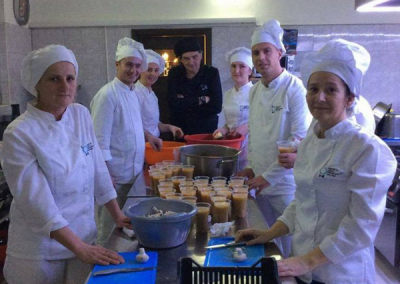 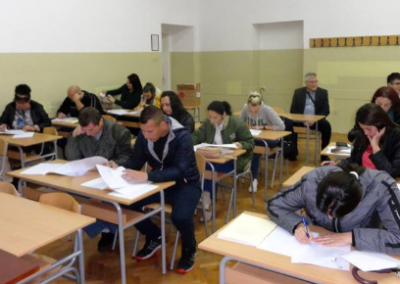 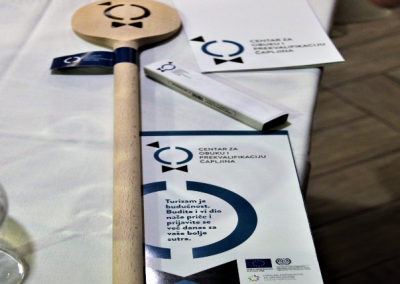